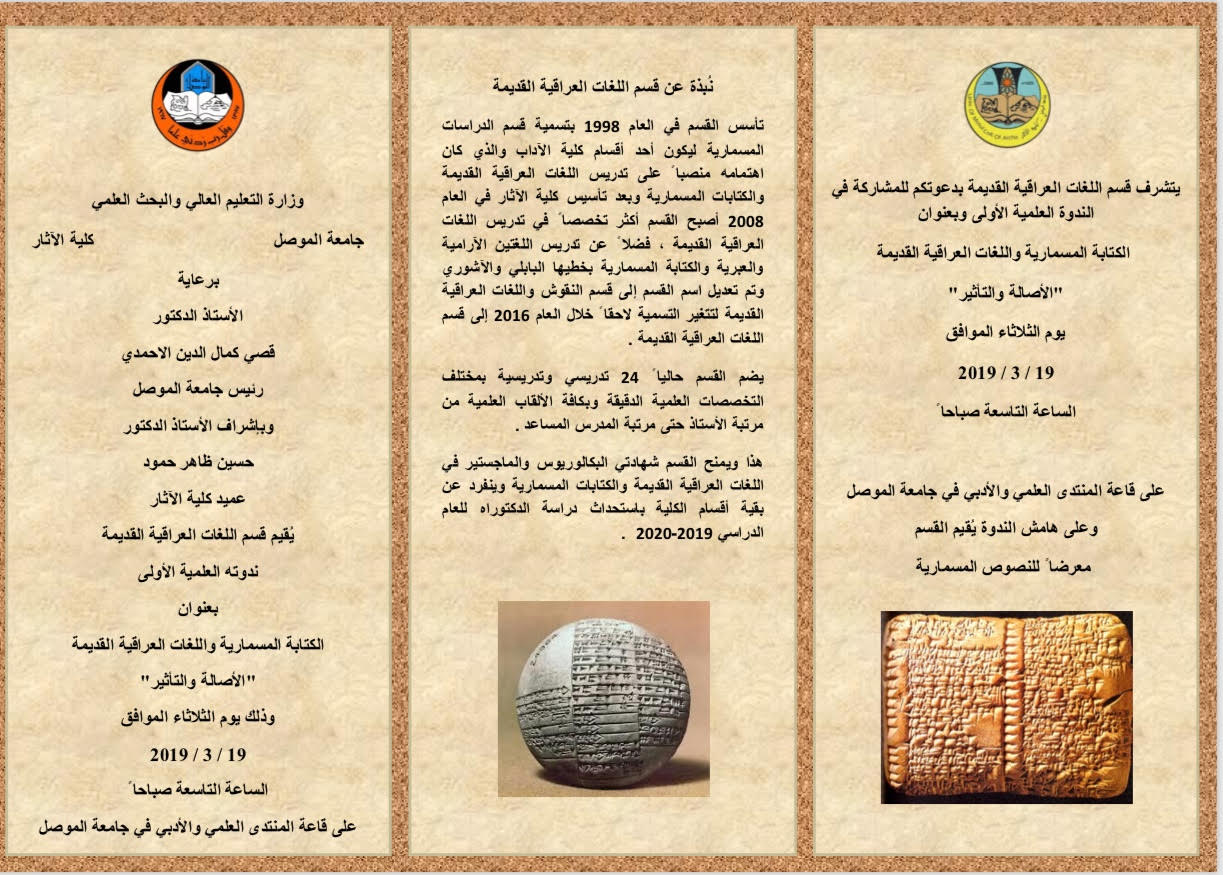 Cuneiform and the Indigenous Languages of Iraq: Now and Then

The First Scientific Symposium: Cuneiform And The Indigenous Languages Of Iraq: Now And Then
In view of the exceptional circumstances that occurred in Mosul 2014 -2017 that led to the destruction of the archaeological sites in the city and the systematic attacks against the multicultural and diversity of the city that aimed to destroyed the the heritage of indigenous citizens of Mosul. the Department of ancient Iraq Languages at the University of Mosul is holding its first scientific symposium on Tuesday, 19/3/2019 , at the scientific forum hall at the University of Mosul under the title: “Cuneiform And The Indigenous Languages Of Iraq: Now And Then”
The committee has invited researchers from the Iraqi and regional universities to participants in the symposium where they wil discuss their papers focusing on the themes, as follows:
the evolution of Cuneiform through the ages.
Sumerian language and literature.
Akkadian language and dialects.
The influence of cuneiform writing on the languages of neighboring countries.
The conference is aiming to highlight the importance of the ancient languages and its role in the local and international intellectual discourse and knowledge. It also aims to educate the Iraqi people about the history of the indigenous people of Iraq and the importance of protecting their heritage.
Today the people of Iraq speak at least four languages from three major language groups: Arabic, Aramaic, Kurdish and Turkman. Four thousand years ago, in 2000 BC, the same was true: Akkadian, Amorite, Hurrian and Sumerian. Like modern Iraq, ancient Mesopotamia was a composite and complex phenomenon, with all the tensions and creative synergy that implies, and languages are one of the principal identifying features of the different groups making up the population. Not for nothing was the Tower of Babel there! Our meeting concentrated on the languages themselves, but it was with the common awareness, whether expressed or not, that they are but one facet of the entire civilization.
Language diversity naturally entails language contact. In the courts of kings and the imperial capitals, nationalities and languages rubbed shoulders. The English word dragoman derives (rather tortuously) from Akkadian targumannum, which described the interpreters needed by the governments of four thousand years ago. Even before this there were probably Meluhhans from the Indus at the court of the Kings of Akkad, and there were certainly Egyptians living at Nineveh in the 7th century BC. A Babylonian correspondent of the Assyrian king comments that “there are many tongues living in the city of Nippur under the protection of the king my lord”. The splendour of the Abbasid Caliphate drew to Baghdad scholars from all over the Muslim world from Cordoba to Bokhara.
One of the proud boasts of King Shulgi of Ur was that he knew not only Sumerian but also Amorite and Elamite:
“Also I know the Amorite language as well as I do Sumerian…… mountain people walking in the hills ….., they greet me and I reply to them in the Amorite language. Also I know the Elamite language as well as I do Sumerian…… in Elam …..,they greet me and I reply in Elamite” (translation from ETCSL).
He was not shy about his talents, and in another passage he claims to speak the language of the north, Subartu, and says: “When I provide justice in the legal cases of Sumer, I give answers in all five languages”. One of Shulgi’s most famous successors, Hammurapi, was less inclusive in his attitudes, dismissing the people of Subartu, Gutium and Tukrish as people “whose mountains are distant and whose language is contorted” . 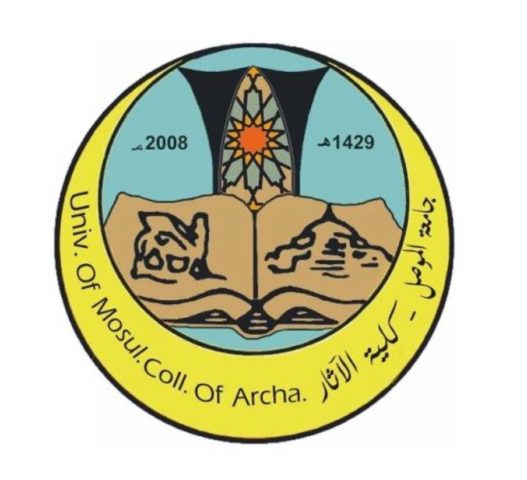