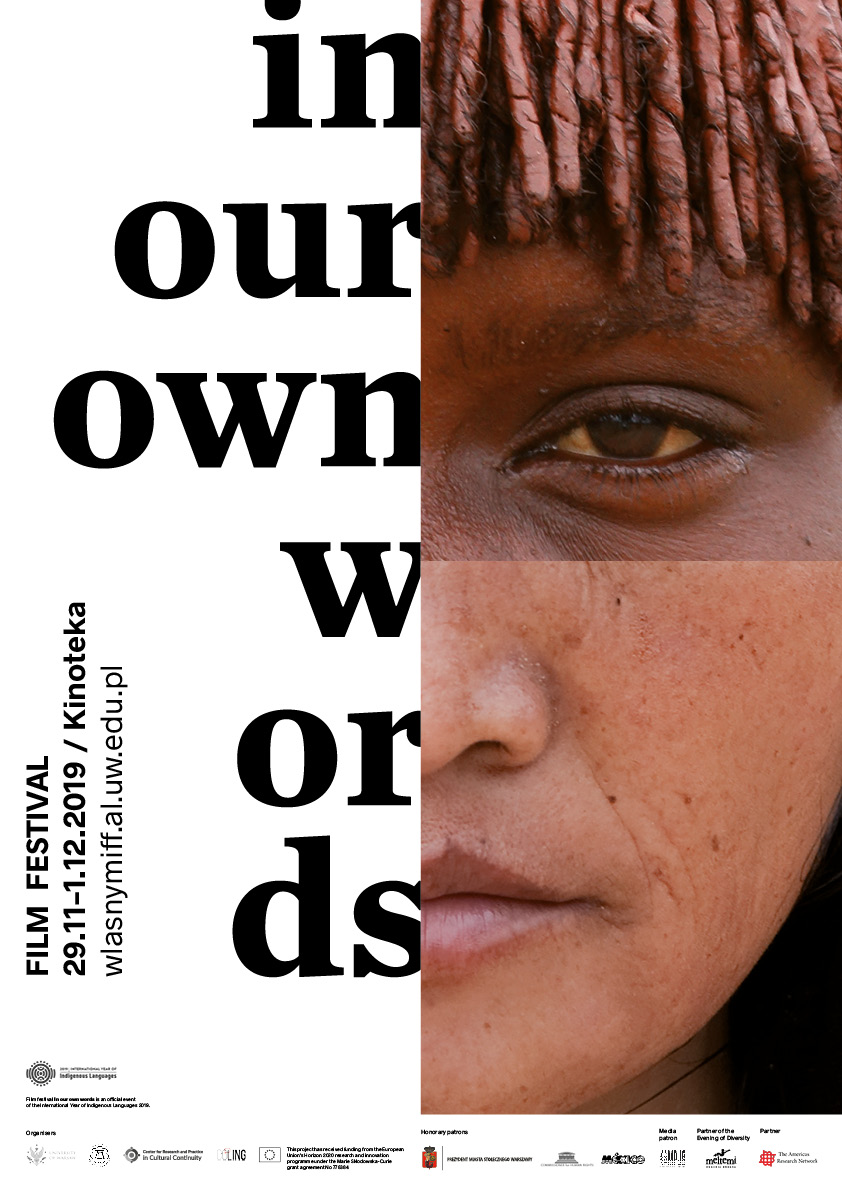 “In our own words” is the first film festival in Poland focussing on indigenous cultures and languages, recognized as an official event of the International Year of Indigenous Languages 2019.

“In our own words” will showcase and present the cultures and languages of small communities, which will help representatives of these cultures to reach a wider audience. The festival will be a forum for discussion and an opportunity to experience the linguistic and cultural diversity of our world. Film screenings will be accompanied by meetings with ambassadors of the presented communities, researchers, scholars, activists working in the field of linguistic and cultural revitalization and the filmmakers.

Admission to all events is free. During the three days of the festival, we will present 10 films and hear over 60 languages, including the native languages of North America (Nahuatl, Nuun Savi, Mixtec, Nawat), South America (including Cubeo, Huitoto, Wanano, Tikuna), Africa (e.g. Bemba or Njanda), Asia (e.g. Tibetan, Yakut), Europe (Wilamowski – from Poland, Romani, Greko, Saami) and Oceania (Tonga).

In addition to film screenings, the festival will host a number of accompanying events, including the opening of the photo exhibition, discussion panels with the authors and invited guests, and a Diversity Evening.

All films in original languages, with English and Polish subtitles

The COLING project is organizing an International Film festival focused on Indigenous Cultures and Their Languages, to celebrate the linguistic and Cultural Diversity.
Some special events: