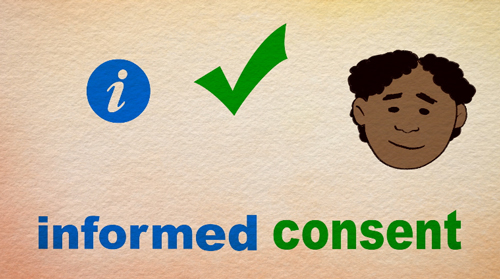 Informed Consent is an explainer video that explains the concept of informed consent to people living in remote communities in the Northern Territory. The video is spoken in plain English and in seven Aboriginal languages: