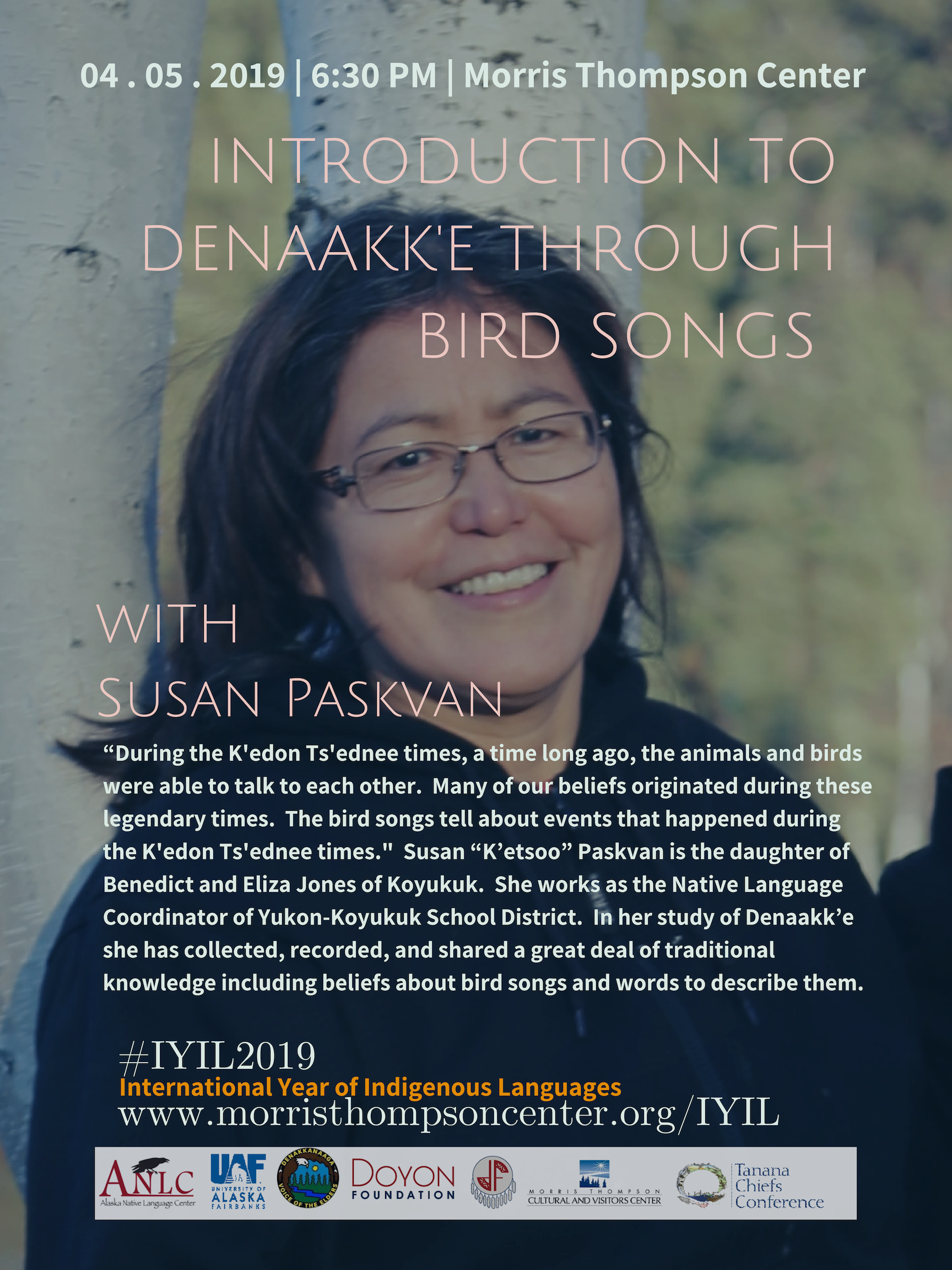 Join us to learn about the Denaakk’e language of Interior Alaska and its remarkable vocabulary to describe bird songs – or should I say bird conversations?

Susan Paskvan, known as “K’etsoo” in Denaakk’e (Koyukon Athabascan) is the daughter of Benedict and Eliza Jones of Koyukuk, Alaska. She is the Native Language Coordinator of Yukon-Koyukuk School District, which serves ten Interior Alaska Schools. In this role, Susan teaches Denaakk’e over two-way video-conference; develops the curriculum, lessons and materials; and coordinates professional development workshops for language speakers and educators. In Fall, 2018 YKSD delivers language courses to 217 students in two languages to 23 different classrooms.

She believes there is no greater joy than watching a child having fun learning their language.

Throughout her fifteen years at Y-KSD Susan has worked with many elders, most often with her mother, Eliza Jones, to document Native place names throughout the Interior; genealogy; traditional memorial songs and stories. These hundreds of hours of recordings have led to an increase in the number of people who are able to sing their traditional songs at memorial potlatches.