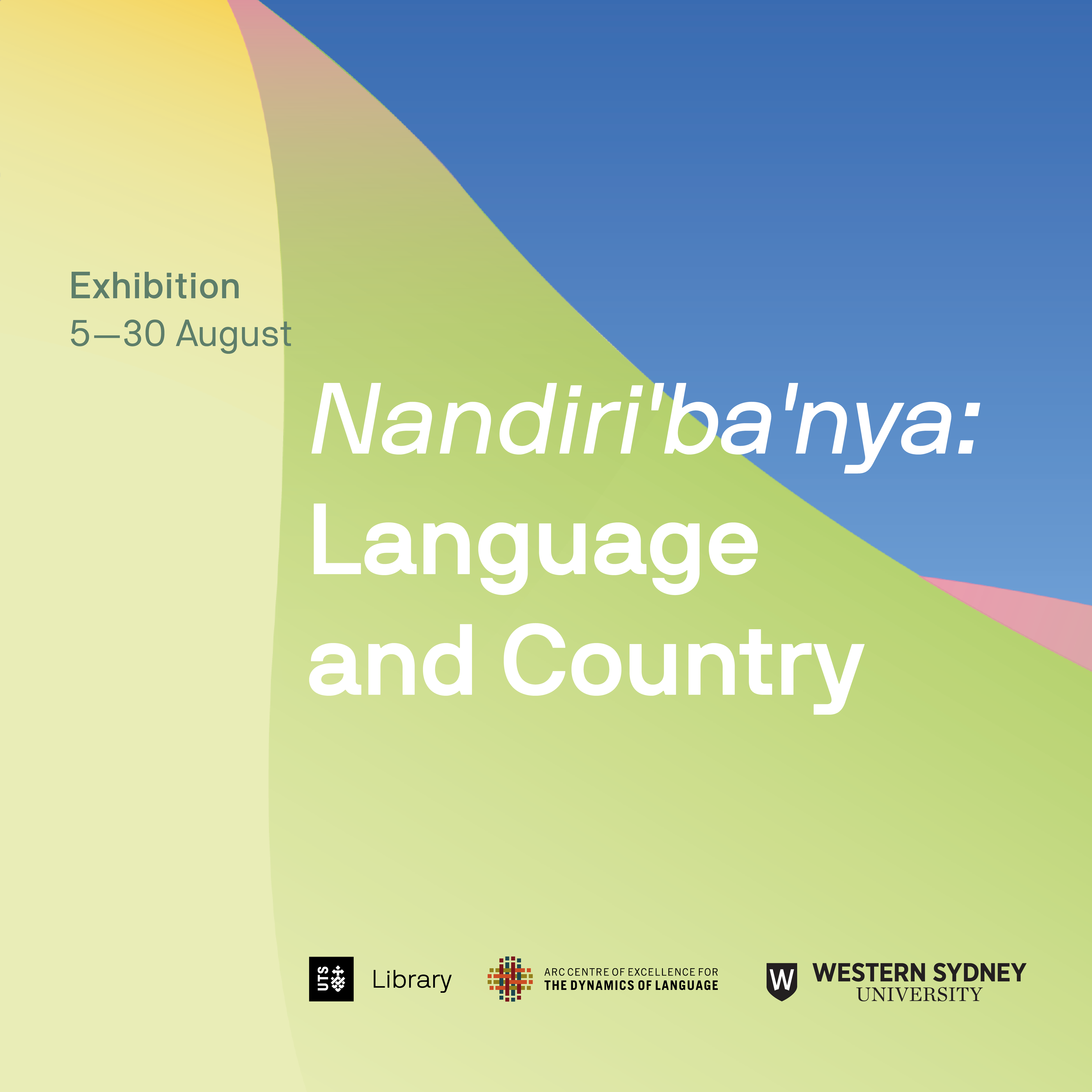 This UTS Library exhibition, curated by UTS and Western Sydney University, celebrates 2019: The International Year of Indigenous Languages, raising awareness of and promoting the preservation and complexity of the hundreds of Aboriginal and Torres Strait Islander languages. The exhibition spotlights current language projects by members of First Peoples communities in Australia, as well as other researchers from universities around Australia. It introduces visitors to traditional spoken, sign and song languages through objects, documents and interactive multimedia as well as presenting ongoing efforts to reawaken ‘sleeping’ languages of our region.

One of the exhibits is a new immersive virtual reality experience, Barrawao, created in a creative co-design partnership between academics, artists and designers, including both settler-Australians and members of First Peoples communities. This version of the exhibit centres around the Sydney region. In this experience, the viewer directs a self-guided virtual tour across nura (Country) to hear traditional languages spoken, whilst simultaneously gaining insight into the connection between Language and nura.

This exhibition was sponsored by the Centre of Excellence for the Dynamics of Language and includes a number of exhibits created by COEDL members and affiliates.