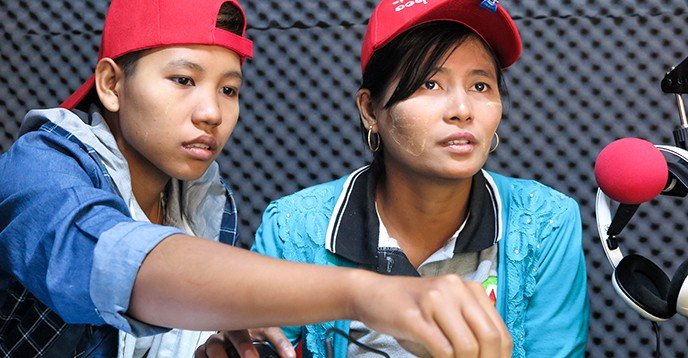 Giving Myanmar’s overlooked groups a voice on the airwaves

Myanmar’s geographic and ethnic diversity makes it a fascinating and culturally rich country – but when it comes to media coverage, such diversity in the physical and cultural landscape poses major challenges. Rugged mountains, distance and poor roads prevent print publications from reaching remote communities in a timely manner, if at all. 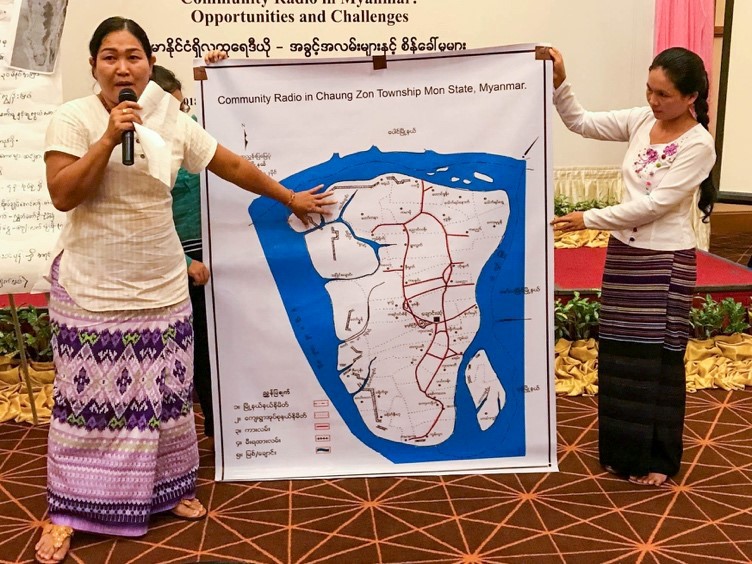 The dozens of languages spoken by Myanmar’s different ethnic groups also mean that many people have difficulty understanding the mainstream, Burmese-language media. The concerns and interests of these communities are often overlooked by mainstream media outlets, which are usually based in larger cities such as Yangon or Mandalay and dominated by the majority Bamar ethnic group.

Filling the gaps in the media landscape and giving a voice to people who seldom have been heard was the goal of the recently concluded ‘Supporting ethnic and community media in Myanmar’ project supported by UNESCO’s International Programme for the Development of Communication (IPDC). The project was implemented by Myanmar’s ten-member Independent Ethnic Media Alliance (IEMA) in cooperation with DW Akademie, Germany’s leading organization for international media development.

The project laid the foundation for community radio in Myanmar to add new content and perspectives to the nation’s airwaves. Radio is not dependent on roads that become impassable during the rainy season, and offers a medium that gives communities greater access to information relevant to their own contexts. It broadens the national conversation.

The project featured three main activities, including informational workshops for communities, individuals and civil-society organizations (CSOs). Then two conferences brought parties together to exchange ideas with experts and officials conversant in the legal and operational sides of community radio. A handbook published in Myanmar language, English and five ethnic minority languages gave practical, step-by-step instructions on organizing community initiatives and getting stations on the air.

The series of two-day workshops, held in Shan, Mon and Chin states as well as in Yangon, invited people from ethnic media outlets and CSOs to provide an introduction of the philosophy behind community radio. Participants also learned about technical aspects of radio such as recording, editing and using mobile phones for reporting. The workshops focused on different topics that the groups were interested in, including the protection and promotion of ethnic languages and cultures, disaster information, agriculture, education and the environment.

‘We want to produce community radio in our regions,’ said Kan Thar, a journalist from Shan State who attended a workshop in Lashio township. ‘We are planning to share knowledge about women’s and minority rights and spread positive messages about different religions.’

The conferences gave community-based groups the chance to learn more about the evolving legal framework relevant to community media and to present their own ideas about potential new stations. Participants also visited the unique community radio station, Khayae FM, already operating in the countrythanks to an agreement between the Ministry of Information, DW Akademie and the Village Development Committee Federation in Htan Tabin Township, near Yangon. 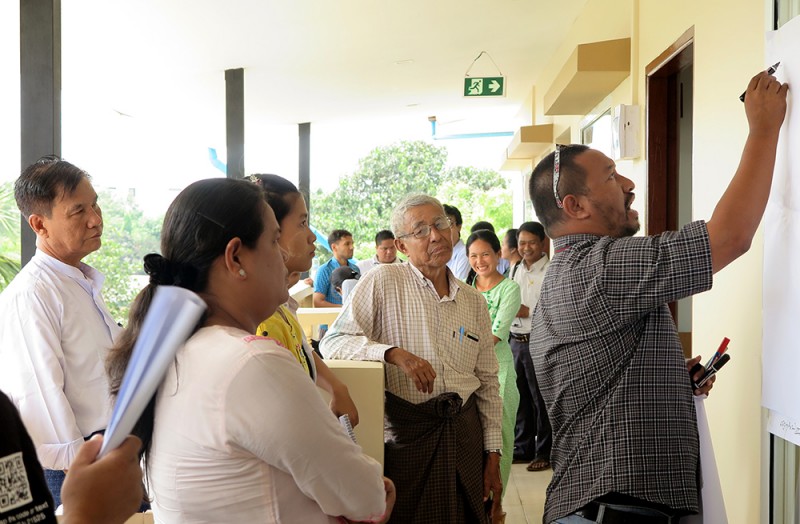 The Handbook for Community Radio in Myanmar – How to Get on the Air, published in Myanmar language and English as well as in the Rakhine, Pa’o, Mon, Shan and Zomi languages, is meant to be an easy-to-read, step-by-step guide to establishing a station. It takes readers from an introduction to the goals and characteristics of community radio to mobilizing the community and creating the governance structure as well as equipment and staffing needs. It also features a section on the intersection of community radio and human rights.

Several grassroots groups and local CSOs have already come up with concrete plans for community radio initiatives and are moving forward with the planning process. Equipped with advice about training, programming, sustainability and the governance of community radio, they are laying the groundwork needed before switching on the microphone.

Community radio is still a new concept in Myanmar, where state-run media has only recently ceded space to more private media outlets. The media legal environment is still evolving and a new broadcasting law has made community radio possible for the first time in the country’s history. Rules about community broadcasting licenses are being finalized and the first licences could be granted this year.

Every year, UNESCO’s IPDC supports an extensive range of projects to expand opportunities for free, independent and pluralistic media worldwide. The proposals are selected in line with UNESCO’s strategic programmatic approach and countries’ media development needs identified through the application of the UNESCO’s Media Development Indicators.

The United Nations has declared this year, 2019, as the International Year of Indigenous Languages (IYIL). It is through language that we communicate with the world, define our identity, express our history and culture as well as learn about and defend our rights and participate in all aspects of society. A person’s right to use his or her chosen language is a prerequisite for freedom of expression, access to education and information, employment, and building inclusive and sustainable societies.

Many of us take it for granted that we can conduct our lives in our native languages without constraints or prejudice. But this is not the case for everyone, in particular for indigenous people. Of the almost 7,000 existing languages, the majority are spoken by indigenous groups who represent the greater part of the world’s cultural diversity. Yet many of these languages are disappearing at an alarming rate, as communities are confronted with assimilation, forced relocation, educational disadvantages, poverty, illiteracy, migration, and other forms of discrimination and human rights violations.

The IYIL encourages urgent action to preserve, revitalize and promote native languages not only to benefit the people who speak them, but also for others to appreciate the important contribution they make for development, peace-building and reconciliation, and to our world’s rich cultural diversity.