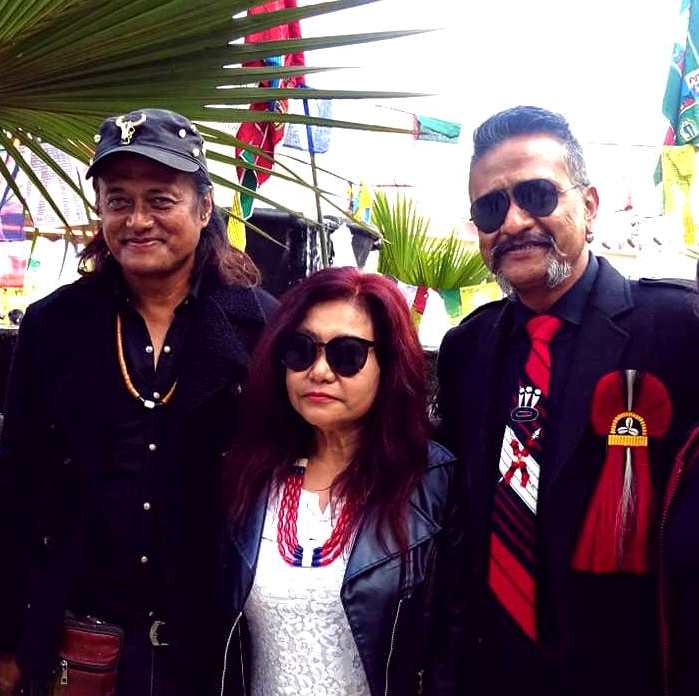 The moon rides high, and the Bambum and Howey music reverberates the hills and mountains of Nagaland, as natives gather around the fire to tell their stories!

Story telling is an integral part of indigenous cultures that sustains communities, validates experiences and epistemology, nurtures relationships, and expresses shared allusions of indigenous people. In recognition to the spirit of reviving oral tradition, this project envisions to facilitate social exchange and cultural revitalization of Nagamese oral literature.

To carry the narrative forward, 50th Grammy Nominees Arenla Subong and Moa Subong, founder of Abiogensis, a folk rock fusion music band, would perform the storytelling under the able-direction of Indian Youth Icon Sattyakee D’Com Bhuyan, founder of D’Passion Collective. The performance, as of now, is scheduled to be held in three different locations, Kohima, Dimapur and Guwahati. However, we are not being able to fix dates due to the COVID-19 lock-down. However the tentative period is from September 2020 till November 2020

Moreover, the case in point is how do we marry the values of oral traditions with those of the written ones? How can the values of oral traditions inform our documentation efforts? The storytellers achieve this by manipulating patterns of speech representation, and thereby, introducing musical in their efforts at merging themselves with the history, and in the process, keeping indigenous languages alive.

Arenla and Moa have been instrumental in breathing life into the innovative bamboo wind instrument Bamhum and Naga folk fusion music Howey, reviving indigenous and tribal sounds in the most modern way. By focusing on memories embedded in the Naga landscape and material traces of the past in the present, Bamhum and Howey Music remains focal in bridging the gap between knowledge and experiential learning. Alongside indigenous story telling methods, the story tellers would be dressed in traditional Naga and Assamese costumes and jewellery to reclaim the sartorial politics of their region, and thereby, to create the impact doubly.

Our goal here is to look into how oral history can play a trans-formative role in bringing light to cross cultural dialogues and conversations which would otherwise be lost in this twenty first century world’s tryst with modernity. This remains seminal especially here in the Northeastern part of India, which goes without saying, is multi-ethnic and poly-cultural in its highest order. The objective here is to delve into storytelling as a pedagogical tool for learning about culture, storytelling as witnessing and remembering, and storytelling as a source of shared camaraderie among the global citizens.

We now hold hands with the Howey project and would like to dive deep to keep the indigenous flavor, if not only languages, alive.  If the mission is to keep languages, traditions, and culture in the same canon, we at D’Passion Collective would like to use the voice, mind, soul, and the body in all its exuberance to get Nagamese the status of a Creole, if nothing else.